Ask. Believe. Receive. These are just three simple words, three simple steps that are necessary for creating what you want. However, many of us think we are sending out positive energy and asking, believing, but just not receiving. I’ve broken down the concept of each step to bring some clarity to the idea.

A few years ago, the only thing I wanted, desired and needed was to be a mother. I asked for it every single day, for a very long time. I began visualizing what I would look like with a baby bump, and decorating a nursery, talking to my babies while they were in my belly, etc. I was also very specific about what I was asking for. I asked for twins. I asked for one baby boy, and one baby girl. I asked for a healthy pregnancy. I asked for my body to accept both embryo’s that were transferred during IVF. Then, I let go of control. I stopped worrying about when it would come to me, and kept faith that it would come when the time was right.

Believing tends to be the most difficult step. Many of us are literal, rational people, and believing in the unseen, can be challenging. Believing is based on having the attitude that your desire will, without a doubt manifest itself.

If you’ve listened to the Podcast, The Dropout, based on the true story of Elizabeth Holmes, the 19 year old who formed her own company, Theranos, you may have heard the “believe” manifestation in the first episode of the series.  The narrator describes Holmes at the age of 9, the types of interests she has, her work ethic, her study habits, and what she does with her free time. The narrator goes on to describe an anecdote of Holmes parents asking her what she wanted to do when she grew up, her response…”I want to be a billionaire.” Her parents then went on to ask, “don’t you want to be the president?” Holmes, however, was so firm in her stance on being a billionaire, that she responded with, “no, the president will marry me because I’m a billionaire.” Big words for a 9 year old! She put this concept out in the universe, and she BELIEVED that she would in fact be a billionaire. In 2015, Forbs named Holmes the youngest and wealthiest self-made female billionaire in America.

Isn’t it interesting that a 9 year old can master this concept and have conviction for her beliefs!

A couple of points to assist with the believing process are:

The art of believing means that it contains no doubt, it does not waver. Believing is absolute faith. Believing remains steadfast, despite what is happening in the outside world. You have to commit to the belief.

Lets say you have asked the universe for the girlfriend/boyfriend of your dreams. You’ve mastered the first step in asking for what you want. Now…you have to commit to the beliefe, which is an internal process. You must avoid the internal sabotage that comes easily to so many of us…

Maybe you are looking for a new career. Don’t internally say to yourself

Change the trajectory of your life, by changing your internal attitude.

Receiving is the final step in the process. This sounds simple and straightforward…you’ve asked and believed, now you get to sit around and wait for your gift to be dropped into your lap like a Christmas present from Santa. Wrong. It’s still up to you to be open to the process. You must put yourself out there, accept opportunities, and make room in your life for the gifts that you’ve asked for, and manifested. If you’ve asked for a girlfriend or boyfriend, you have to have a positive outlook, make yourself available to meet someone, and have your eyes wide open for the gifts that are all around you. If you’ve asked for that new career, you need to talk to all types of people, attend functions where you may hear about an opportunity, be on the look out, and most importantly visualize yourself receiving what you’ve asked for.

You are worthy, and you deserve all the happiness, love, and blessings there are to offer. 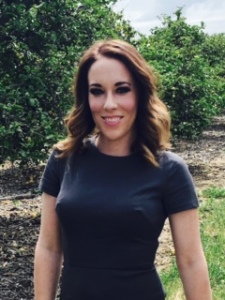 My name is Amber and I am one of six million women in the U.S. who struggled and struggles with infertility. I am a career woman, wife to my husband Rick, and mother of my twins, Ari and Ellenor, who were conceived through IVF.

Infertility entered our lives in 2014…and took over. It is now a part of our legacy, and our children’s legacy. It is one aspect of my life that  has taught me more about who I am than any other experience thus far, so I created this blog to provide an outreach for women, and couples alike, and to create a forum for inspiration, support and compassion.